Is there any practical proof for time dilation?

There are several direct proofs of time dilation. Extremely accurate clocks have been flown on jet aircraft. When compared to identical clocks at rest, the difference found in their respective readings has confirmed Einstein's prediction. (The clock in motion shows a slightly slower passage of time than the one at rest.)

In nature, subatomic particles called muons are created by cosmic ray interaction with the upper atmosphere. At rest, they disintegrate in about 2 x 10E-6 seconds and should not have time to reach the Earth's surface. Because they travel close to the speed of light, however, time dilation extends their life span as seen from Earth so they can be observed reaching the surface before they disintegrate.
Answered by: Paul Walorski, B.A., Part-time Physics Instructor

In October 1971, Hafele and Keating flew cesium-beam atomic clocks, initially synchronized with the atomic clock at the US Naval Observatory in Washington, D.C., around the world both eastward and westward. After each flight, they compared the time on the clocks in the aircraft to the time on the clock at the Observatory. Their experimental data agreed within error to the predicted effects of time dilation. Of course, the effects were quite small since the planes were flying nowhere near the speed of light.

A simple (well, sort of) example can be seen in experiments regarding the decay of certain particles.

For example, assume that a particle has a certain lifetime before it decays when at rest, this lifetime is known, and we shall refer to it as t. Now to test the effects of time dilation the particle is accelerated to extremely high speeds, and the resulting lifetime t' is measured by a stationary observer. To the stationary observer the particle should appear to exist for a period of time longer then it's lifetime when measured at rest (t'>t), thus confirming that time dilation does indeed occur. 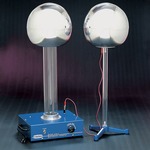