The Fate of the Universe Poem

You physicists have become annoying
You can't seem to make up your minds
Did everything come from nothing
Or was nothing all there was to find?

What was that first singularity
And what made it start to inflate?
You say a vacuum is not really empty
As long as energy potentiates?

At time zero there was zero space
But fluctuation took care of that
Now there's space of an ill-defined shape
That's full of live/dead cats.

Continuing on you tell us
That we're here cause CP ain't conserved
I never thought of myself as a leftover
This is becoming absurd.

But the universe is here now
At least part of it, I guess,
How is it you can't find the dark matter
To account for the missing mass?

And what is this dark energy
Permeating like a fog?
Einstein was shamed by his fudge factor
But you've brought it back in vogue.

The news from Canada is distressing
There are too few neutrinos from the sun
But physicists aren't constrained by facts
They'll make three neutrinos from one.

Any idea how the story will end?
Big crunch, cold death, lost souls?
Or a slipper slide to a new universe
Through a slimy little worm hole?

Which confirms my general suspicion
That reality is just theory for this bunch
Waves are particles, particles are strings,
And the universe is the ultimate free lunch. 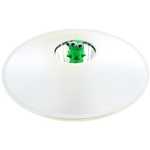