Physicist gets the 2005 Templeton Prize 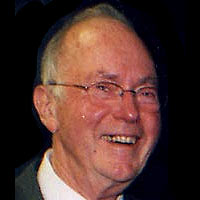 University of California, Berkeley, Nobel Laureate Charles H. Townes has been awarded the 2005 Templeton Prize, which honors and encourages those who advance knowledge in spiritual matters. The British prize is currently valued at $1.5 million.

More formally titled the Templeton Prize for Progress Toward Research or Discoveries about Spiritual Realities, it was announced today (Wednesday, March 9) at a news conference at the Church Center for the United Nations in New York. Founded in 1972 by pioneering global investor and philanthropist Sir John Templeton, the prize has become the world's best known religion prize and is certainly the largest annual monetary prize given to an individual.
Charles Townes (Peg Skorpinski photo)

Townes, 89, a physicist and Professor of the Graduate School at UC Berkeley, won the 1964 Nobel Prize in Physics for the invention of the maser, a device that amplifies and produces an intense collimated beam of microwaves, and for showing how similar amplification could be achieved with visible light to yield a laser, a term he coined. His research opened the door for an astonishing array of inventions and discoveries now in common use throughout the world in medicine, telecommunications, electronics, computers and other areas.

As he pursued research in microwave physics and, in recent years, astrophysics, Townes also maintained a continuing interest in the intersection of science and religion. His seminal 1966 article, 'The Convergence of Science and Religion,' established him as a unique voice - among scientists, in particular - seeking commonality between the two disciplines.

'I myself have always thought that science and religion are not unrelated, and should be honestly and openly interacting,' Townes wrote in a statement accepting the prize.

This hasn't been the case in science, he said, noting that while a graduate student at the California Institute of Technology (Caltech), his advisor 'jumped on me for being religiously oriented.' When a talk he gave in the early 1960s at New York's famed Riverside Church on the relation between science and religion was picked up and printed by the Massachusetts Institute of Technology's alumni magazine, one prominent alumnus wrote the editor that 'if he ever published anything like it again on religion, he would never have anything more to do with MIT.'

'My own view is that, while science and religion may seem different, they have many similarities, and should interact and enlighten each other,' Townes wrote. 'Science tries to understand what our universe is like and how it works, including us humans. Religion is aimed at understanding the purpose and meaning of our universe, including our own lives. If the universe has a purpose or meaning, this must be reflected in its structure and functioning, and hence in science.'

Townes has continued to examine the link between religion and science in books, journals and lectures at venues ranging from the United Nations Educational, Scientific and Cultural Organization (UNESCO) to the world's major institutes of higher learning.

The Duke of Edinburgh will award the prize to Townes in a private ceremony at Buckingham Palace on May 4. Townes said that he intends to give a major portion of the prize money to his alma mater, Furman University, a Baptist college in his home town of Greenville, S.C., with substantial amounts going also to the Pacific School of Religion in Berkeley, the Berkeley-based Center for Theology and the Natural Sciences, the Berkeley Ecumenical Chaplaincy to the Homeless, and the First Congregational Church of Berkeley.

In creating the prize, Templeton stipulated that it always be worth more monetarily than the Nobel Prizes to underscore his belief that research and advances in spiritual discoveries can be quantifiably more significant than those recognized by the Nobels. The current amount of the award is 795,000 pounds sterling.