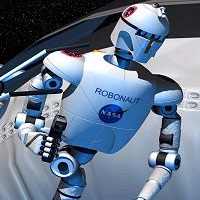 If you don't see it for yourself, you might not believe it.

A grey blob oozes down the side of a laboratory beaker. It's heading for the table, but before it gets there a low hum fills the air. Someone just switched on an electromagnet. The goop stiffens, quivers, then carries on oozing only after the hum subsides.

"We call them magnetorheological fluids--or 'MR fluids' for short," says Alice Gast, a professor of chemical engineering at MIT. "They're liquids that harden or change shape when they feel a magnetic field."

You can make some of this exotic stuff at home. Just mix some powdered iron filings with a thick liquid like corn oil, and presto: a simple MR fluid. Hold a magnet nearby and the bits of iron will line up end-to-end; they form a rigid lattice that stiffens the mixture. Take the magnet away and the fluid will relax again.

If you own a sports car or a Cadillac, you might have MR fluids in your shock absorbers. The stiffness of magnetic shocks can be electronically adjusted thousands of times per second, providing a remarkably smooth ride. Similar but more powerful devices have been installed at Japan's National Museum of Emerging Science and China's Dong Ting Lake Bridge. They're there to counteract vibrations caused by earthquakes and gusts of wind.

Motion damping is perhaps the most practical use for MR technology today, but much more is possible. Says Gast: "There are many potential applications that make these fluids very exciting." For example, MR fluids flowing in the veins of robots might one day animate hands and limbs that move as naturally as any humans. Book makers could publish rippling magnetic texts in Braille that blind readers could actually scroll and edit. It might even be possible to train student surgeons using synthetic patients with MR organs that flex and slice like the real thing.

There are many problems to solve before such things are possible. How do you control a magnetic field and deliver it with exquisite precision anywhere inside an MR fluid? Researchers aren't sure--but that's another story. Equally important are the inner workings of the MR fluids themselves. "We need to learn much more about their basic physics," says Jack Lekan of NASA's Glenn Research Center.

That's the goal of an experiment called InSPACE now orbiting Earth onboard the International Space Station. Gast developed InSPACE, short for "Investigating the Structure of Paramagnetic Aggregates from Colloidal Emulsions," in collaboration with scientists and engineers at the Glenn Research Center. Gast is the principal investigator; Lekan is the project manager.

InSPACE will explore a curious phenomenon: When some low-density MR fluids are exposed to rapidly alternating magnetic fields, their internal particles clump together. Over time they settle into a pattern of shapes that look a bit like fish viewed from the top of a tank. Such clumpy MR fluids don't stiffen as they should when magnetized.

The fishtank pattern is fragile and takes about an hour to fully develop. It doesn't occur in MR fluids that are constantly mixed and agitated, as in a car's suspension, but it could prove troublesome in other situations.

The pull of gravity on Earth can distort the pattern--a frustration to scientists trying to study its underlying physics. That's why Gast and colleagues have sent their MR fluids to orbit. On the space station, astronauts can expose a weightless (freely-falling) fluid to magnetic pulses and record what happens.

"Astronauts are an integral part of our study," notes Lekan. They will reach into the Microgravity Science Glovebox, where the experiment is located, to align and focus cameras on a spot only 0.2 mm wide. If a fluid bubble gets in the way of the shot ... flick! they can remove it.

This week, ISS Science Officer Don Pettit conducted the first experiments with MR fluids inside the glovebox. His two-hour "run" marked beginning of the InSPACE investigation, which will likely continue off and on throughout the month.

Meanwhile, some companies are already forging ahead with new magnetorheological devices. Lord Corporation of North Carolina, for example, is designing an MR washing machine. Magnetic dampers inside the machine will decrease noise and vibration--and save energy. They're also studying MR technology for seat belts and airbags in cars. Because MR fluids can generate large forces quickly and flexibly, they could be used by automakers to adjust the arresting force of a seatbelt to the size and weight of a passenger.

Saving lives and silencing washing machines--and that's just the beginning. Not bad for a bunch of grey oily goop.