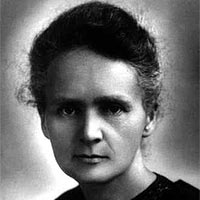 Despite gains in the training of women scientists and the implementation of programs to help women overcome ingrained barriers, the career path of most women scientists at universities remains a difficult trek, fraught with roadblocks of bias, a sometimes chilly campus climate and the challenge of balancing family and work.

That, in short, is the conclusion of a group of prominent women scientists and administrators, including chancellors and provosts, in an analysis of the issue in this week's (Aug. 19) Science magazine.

'The good news is we've made progress,' says Jo Handelsman, a Howard Hughes Medical Institute Professor at the University of Wisconsin-Madison and the lead author of the Science paper. 'The bad news is we still have a long way to go to achieve equity.'

The issue, according to the new analysis in Science, has little to do with the ability of women to succeed on the academic science career track and more to do with the cumulative effects of bias and a campus climate that undervalues women's contributions and potential.

'There is still a lot of covert and overt hostility toward women' on American campuses, Handelsman says. 'Some of it is outright illegal behavior, but most of it is subtle. It makes women feel undervalued and not respected.'

On campus, according to the new analysis, there are four broad challenges that women encounter as they seek tenured faculty positions and opportunities to advance to senior faculty and administrative positions:

* Climate: 'Many women attribute their exit from the academy to hostility from colleagues and a chilly campus climate,' the authors of the new analysis write. This atmosphere is invisible to many men, who tend to perceive a better climate for women as reported in faculty surveys conducted at MIT, Princeton, and the universities of Michigan and Wisconsin.

* Unconscious bias: Even individuals who believe they are not biased may 'unconsciously or inadvertently behave in discriminatory ways.'

'Studies show we all have biases,' says Handelsman. 'These biases are insidious' as they create an unfair system in which to publish and compete for jobs and promotions on campus.

* Balancing family and work: 'The responsibilities for family caretaking (for children and aging parents) continue to fall disproportionately on women.'

'Universities aren't set up to deal with family issues,' Handelsman notes. There are a few things that could be changed, Handelsman and her co-authors suggest, that would help women balance family and work, such as dual-career hiring programs, tenure clock extensions for childbirth and adoption, and on-campus lactation rooms and child care facilities.

Combined, the barriers identified in the Science paper make the tenure track faculty job a formidable challenge, one that some women are reluctant to undertake and that many others have trouble negotiating as they embark on faculty careers. Moreover, these issues tend to prevent women from advancing in their science careers, according to Alice Hogan, director of the National Science Foundation's ADVANCE Program, an initiative developed to analyze the impact of efforts to advance women in science.

'While we as a nation have made considerable progress in attracting women into most science and engineering fields, we still see fewer women at the full professor and academic leadership levels than we would expect given the pool of women with doctorates,' Hogan says. 'After investing in creating this pool of highly trained talent, we should see a high rate of return - productive, creative and respected teachers and researchers attracting more students into fields that might have seemed closed to them given the traditional profile of science and engineering faculty.'

Handelsman says that while significant issues remain to balance the gender equation at universities, there is evidence the climate is shifting. New programs have come into play aimed at leveling the academic science playing field. 'There is reason to be hopeful,' she says. 'There are practical things that people and institutions can do to address the barriers.'

An example, she says, is the Women in Science and Engineering Leadership Institute, a National Science Foundation-funded program established at UW-Madison in 2001. Among other things, the institute has established workshops to train faculty search committees in good search methods and to sensitize committee members to hidden bias. At Georgia Tech, a Web-based initiative is used to aid tenure and promotion committee members, department chairs and deans in understanding biases related to gender, race and ethnicity.

Handelsman says that although universities are failing to take full advantage of the talent pool of women scientists, the issue is beginning to emerge from the academic closet. 'We are starting the process of change,' Handelsman says. 'Talking about (the problem) is the first step, and that opens up an opportunity for women to question what's happening in their environment.'