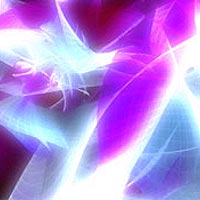 One of the most ambitious and exciting theories ever proposed -- one that may be the long-sought "theory of everything," which eluded even Einstein -- gets a masterful, lavishly computer-animated explanation from bestselling author-physicist Brian Greene, when NOVA presents the nuts, bolts, and sometimes outright nuttiness of string theory.

Also known as superstring theory, the startling idea proposes that the fundamental ingredients of nature are inconceivably tiny strings of energy, whose different modes of vibration underlie everything that happens in the universe. The theory successfully unites the laws of the large -- general relativity -- and the laws of the small -- quantum mechanics -- breaking a conceptual logjam that has frustrated the world's smartest scientists for nearly a century.

Greene is professor of physics and mathematics at Columbia University, where he is one of the world's foremost string theorists. He is also an unusually adept science explainer, whose book The Elegant Universe became a runaway bestseller and whose popular lectures pulse with string-like energy, not to mention infectious humor.

"If anyone can make string theory accessible, Greene can," marvels New York Magazine. Small wonder, since the Harvard- and Oxford-graduated physicist has studied acting and has performed in college musicals and community theater. Working with the Emerson String Quartet, he has also created a live presentation merging physics and music, which has drawn sell-out crowds and is now being developed for Lincoln Center's 2005 season.

On NOVA, Greene brings these wide-ranging talents to bear on a theory that is notoriously difficult to grasp, yet one that is incredibly exciting to both scientists and laypeople alike. If string theory proves correct, the universe we see obscures a reality that is far more rich and subtle than anyone ever imagined -- a universe with numerous hidden dimensions, a universe in which the fabric of space can tear, a universe that may be but one of many parallel universes ceaselessly popping in and out of existence throughout eternity. And these are just some of the astounding implications of strings.

Program One, "The Elegant Universe: Einstein's Dream," introduces string theory and shows how modern physics -- being composed of two theories that are ferociously incompatible -- reached its schizophrenic impasse: one theory, known as general relativity, is fantastically successful in describing big things like stars and galaxies, and another, called quantum mechanics, is equally successful in describing small things like atoms and subatomic particles.

Albert Einstein, the inventor of general relativity, dreamed of finding a single theory that would embrace all of nature's laws. But in this quest for the so-called unified theory, Einstein came up empty-handed, and the conflict between general relativity and quantum mechanics has stymied all who've followed. That is, until the discovery of string theory.

Program Two, "The Elegant Universe: String's the Thing," opens with a whimsical scene in a movie theater in which the history of the universe is run backwards to the big bang, the moment at which general relativity and quantum mechanics both come into play, and therefore the point at which our conventional model of reality breaks down.

Then it's string theory to the rescue as Greene describes the serendipitous steps that led from a forgotten 200-year-old mathematical formula to the first glimmerings of strings -- quivering strands of energy whose different vibrations give rise to quarks, electrons, photons, and all other elementary particles. Strings are truly tiny, being smaller than an atom by the same factor that a tree is smaller than the solar system. But, as Greene explains, they are able -- for the first time ever -- to combine the laws of the large and the laws of the small into a proposal for a single, harmonious theory of everything.

One of the most peculiar aspects of strings is that they require more than the three familiar dimensions of space plus one of time. In fact, string theory calls for at least ten dimensions in order that its rather abstruse mathematics remain consistent. Greene demonstrates how these extra dimensions can be folded up in plain sight without our noticing. It's like an electrical power cable seen from afar, he explains. To us, the cable looks like a one-dimensional line. But to an ant crawling on the cable, it has an extra, circular dimension -- its circumference -- which we can't see from a distance.

On a much smaller scale, strings may vibrate in and around extra dimensions that are so tiny that we are completely unaware of them, even though, the theory claims, they play a vital part in determining why the world around us has the properties it does.

But even with its many theoretical successes, as of the 1990s physicists realized that strings suffered from a pernicious flaw -- an embarrassment of riches: there were five different versions of the theory, each totally out-of-sync with the others. We have one universe, so shouldn't there be one theory of everything?

Program Three, "The Elegant Universe: Welcome to the 11th Dimension," shows how in 1995 Edward Witten of Princeton's Institute for Advanced Study, aided by others, revolutionized string theory by successfully uniting the five different versions into a single theory that is cryptically named "M-theory," a development which required a total of eleven dimensions.

Ten...eleven...who's counting? But the new eleventh dimension is different from all the others, since it implies that strings can come in higher dimensional shapes called membranes, or "branes" for short. These have truly science-fiction-like qualities, since in principle they can be as large as the universe. A brane can even be a universe -- a parallel universe -- and we may be living on one right now.

Branes might also explain why gravity is the weakest force, requiring all the matter in the Earth to produce a measly one g. According to this idea, gravity may be far more potent, but most of its strength is leaking into a parallel universe.

Witten has described string theory as "a part of 21st-century physics that fell by chance into the 20th century." In fact, the theory is so far ahead of experimental technique that there is as yet no way to verify whether strings are real or a figment of some very creative imaginations.

But scientists at the CERN atom-smasher on the French-Swiss border are working to test of one of the predictions of string theory. Scheduled to run later in this decade, this experiment may take an important step in showing that string theory is not just a crazy idea, but crazy reality.

You can view NOVA's 'The Elegant Universe' program in full now online at: http://www.pbs.org/wgbh/nova/elegant/