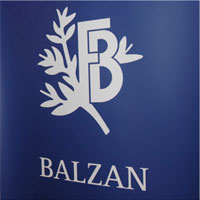 The names of the 2013 Balzan Prizewinners were proclaimed today in a public announcement:


The Balzan Prizewinners 2013 were announced today in Milan by the Chairman of the Balzan General Prize Committee, Salvatore Veca, together with the President of the Balzan 'Prize' Foundation, Ambassador Bruno Bottai, at the Corriere della Sera Foundation.
The profiles of the winners and the citations (the Prizes will be presented during the award ceremony to be held in Bern on November 15) were presented by four prestigious members of the General Prize Committee:

Luciano Maiani (Professor of Theoretical Physics at the University La Sapienza, Rome; Fellow of the Accademia Nazionale dei Lincei, Rome, and of the Accademia Nazionale delle Scienze detta dei XL, Rome) read the citation for the assignment of the Prize for Quantum Information Processing and Communication to Alain Aspect:
'For his pioneering experiments which led to a striking confirmation of Quantum Mechanics as opposed to local hidden-variable theories. His work opened the way to the experimental control of entangled quantum states, the essential element of Quantum Information Processing'.

Karlheinz Stierle (Professor Emeritus of Romance Literature at the University of Constance; Member of the Heidelberger Akademie der Wissenschaften; Foreign Fellow of the Accademia Nazionale dei Lincei, Rome) read the citation for the assignment of the Prize for Medieval History to André Vauchez:
'For his groundbreaking studies on medieval spirituality in Western Christianity and its central role in everyday life in the Middle Ages, for his studies on the medieval conception of holiness and on the sacralization of space and time, for his contributions to research on monastic and women's piety, for his all-encompassing knowledge and masterly presentation of the life, work and influence of St. Francis of Assisi'.

Dominique Schnapper (Research Director at the École des Hautes Études en Sciences Sociales, Paris; Honorary Member of the French Conseil Constitutionnel) read the citation for the assignment of the Prize for Sociology to Manuel Castells:
'For his wide-ranging and imaginative thinking through of the implications of the great technological changes of our time: the digital revolution and the profound social and political challenges brought about by the emerging technologies of communication and information processing associated with computing, microelectronics and the internet. And for having proposed a general theory of the new global information society that has arisen out of these techniques'.

Peter Suter (Honorary Professor of Medicine at the University of Geneva; Vice-President of the Swiss Academy of Medical Sciences) read the citation for the assignment of the Prize for Infectious diseases: basic and clinical aspects to Pascale Cossart:
'For her seminal discoveries on the molecular biology of pathogenic bacteria and their interaction with host cells. Her research has provided very significant insights into the mechanisms underlying infectious diseases and how they might be combatted'.


The President of the General Prize Committee, Professor Salvatore Veca, announced that the 2014 Balzan Prizes will be awarded in the following fields:
- Classical Archaeology
- Epistemology
- Mathematics (pure or applied)
- Plants and Forest Ecology

In 2014 will be awarded the Prize for Humanity, Peace and Fraternity Among Peoples, with an amount of 1,000,000 Swiss Francs.

The award fields vary each year and can be related to either a specific or an interdisciplinary field, and look to go beyond the traditional subjects both in the humanities (literature, the moral sciences and the arts) and in the sciences (medicine and the physical, mathematical and natural sciences), so as to give priority to innovative research.
Half of the amount received by the winner of each of the four prizes must be destined to research work, preferably involving young scholars and researchers.

The public announcement, under the auspices of the City of Milan, was followed by a lecture by Quentin Skinner, 2006 Balzan Prizewinner for Political Thought (History and Theory), entitled 'How should we think about freedom?'.