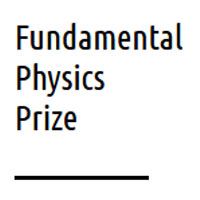 Nominations will be accepted through October 15, 2013.

The Fundamental Physics Prize Foundation announces today the opening of online nomination website for its 2014 prizes. The rules and nomination form are available to the public at www.fundamentalphysicsprize.org. Anyone can nominate a candidate online and all submissions must be completed by a third party.

Nominations will be accepted through October 15, 2013.

The following scientists comprise the Selection Committee for the 2014 prizes:

All prizes will be awarded for achievements in the field of fundamental physics, with special attention to recent developments. The Fundamental Physics Prize and the Physics Frontiers Prize recognize transformative advances in the field, while the New Horizons in Physics Prize is targeted at promising junior researchers and is worth $100,000.

The Fundamental Physics Prize Foundation is a not-for-profit corporation established by the Milner Foundation and dedicated to advancing our knowledge of the Universe at the deepest level by awarding annual prizes for scientific breakthroughs, as well as communicating the excitement of fundamental physics to the public. According to the Foundation’s rules, laureates of all prizes are chosen by a Selection Committee, which is comprised of prior recipients of the Fundamental Physics Prize.

Information on the Fundamental Physics Prize is available at: www.fundamentalphysicsprize.org.