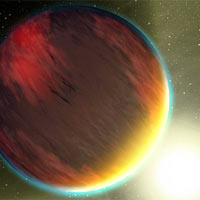 For some researchers, studying the exoplanets that have been discovered to date is just as critical as finding an Earth twin. Even though these planets are too hot to host life, they feature intriguing traits that the planets in our own solar system don’t. For instance, some have orbits that go in the opposite direction of the rotation of their host star. The benefit of studying these characteristics is twofold for astronomers. First, it helps them gain a better understanding of planet formation. This could help them locate Earth candidates and then probe those planets’ atmospheres for clues of life. Second, studying larger exoplanets enables researchers to create and refine the tools of exoplanetary research — tools that will help find and confirm the first Earth twin.

Joshua Winn, an assistant professor in MIT’s Department of Physics and a researcher for the MIT Kavli Institute for Astrophysics and Space Research, is involved in both endeavors. Not only is he part of the MIT team that is designing the Transiting Exoplanet Survey Satellite to search for rocky planets in the habitable zone of their host star, but he also studies “hot Jupiters,” or exoplanets that are about the size of Jupiter (318 times the mass of Earth). Although hot Jupiters are relatively easy to detect because of their size, they are located so close to their host stars that they are too hot to support life. Even so, Winn’s ongoing research of these planets has yielded valuable results that may apply to the formation of all exoplanets, including smaller, cooler ones.

“We want to figure out where Earths come from, and that means figuring out the main processes in planet formation,” explains Winn, who has been studying hot Jupiters for six years. By figuring out how these planets have evolved over time, he says, researchers could eventually develop a “better theory” of planet formation that would help them identify the kinds of stars that are most likely harboring potential Earth twins. This could also help them understand how the atmospheres of these planets developed.

When scientists began discovering massive planets, including hot Jupiters, in the mid-1990s, those planets didn’t look anything like the planets in our own solar system. Not only do hot Jupiters orbit extremely close to their host stars (about 10 times closer than Mercury is to the sun in the solar system), but many also have highly elliptical (oval-like) orbits, unlike the solar-system planets, which have circular orbits.

But in 2009, it was discovered that hot Jupiters don’t necessarily align with the rotation of their stars, which suggests that they may have formed differently.
To uncover clues about how such exoplanets formed, Winn uses ground-based telescopes and other instruments to measure changes in both the brightness and the wavelengths of starlight that are observed as the planet transits, or passes in front of, its host star. These methods provide estimates of a planet’s size, and can also reveal features of a planet’s orbit thanks to the Doppler-shift phenomenon that creates subtle color changes in the wavelengths emitted in starlight.

Because he is interested in planet formation, Winn studies the orientation of an exoplanet’s orbit relative to the orientation of its host star. He is considered a leading practitioner of exploiting the Rossiter-McLaughlin effect — a physical phenomenon that occurs when a planet transits its host star and changes the appearance of the starlight produced as a result of the Doppler effect — to chart the position of a planet relative to the direction of rotation of its host star.

By measuring the light changes produced by this effect before, during and after a transit, Winn can learn whether the planet is in a prograde orbit, whether its orbit is tipped at an angle or even whether the planet is orbiting backward relative to its star’s rotation. He has discovered planets with one or more of these features.

Winn’s research on hot Jupiters sheds light on the complexity of planet formation — there could be different ways that different kinds of planets form, for example — as well as the fact that more data is needed to confirm existing theories. While all theories propose that a planet and its star form from the same disk, two theories have been proposed to explain the recent discoveries of both well-aligned and misaligned hot Jupiters that are located so close to their host stars. The first suggests that the planet gradually spiraled in toward its star due to a gravitational interaction with the disk. This theory predicts that the planet’s orbit should be aligned with the disk and also aligned with the star’s rotation.

Another theory suggests that the disk has a minimal effect on the planet, and that there is actually more than one planet orbiting the same star. While it’s not unusual for more than one planet to orbit the same star, stars with hot Jupiters tend not to have other giant planets within the detectable range of orbital distances. In this scenario, the theory suggests that gravitational interactions with that other planetary body could have pushed the planet inward and tilted the planet’s orbit. This theory predicts that the orbits of planets could have a wide range of orientations, including some that are drastically misaligned with the star’s rotation.

In a paper published in The Astrophysical Journal Letters in August, Winn offers a new interpretation that supports the latter theory. Of the 19 hot Jupiters whose orbits he has analyzed, 11 are aligned with their host star, and eight are misaligned. His analysis reveals that the misaligned planets happen to orbit the hottest stars in the sample, which he says may be a clue that planets orbiting hot stars form differently than those orbiting cooler stars. Winn also suggests that perhaps the orbits of all hot Jupiters eventually become misaligned, and that planets orbiting cooler stars realign with their star’s rotation over time.

Scott Tremaine, an astrophysicist at the Institute for Advanced Study, believes that Winn has offered a “very intriguing explanation” for the pattern. But he notes that if cold stars were so powerful that they could realign the planets’ orbits with their own rotation, it’s not clear why they weren’t strong enough to actually swallow the planets. “The trend needs to be confirmed in a larger sample to get a better understanding of these planets’ evolution,” he says.

As Winn collects data to see if the pattern holds up for a larger sample, he plans to study the orbits of smaller planets, such as Neptune-sized exoplanets and “super Earths,” or planets that are two to 10 times the mass of Earth. By studying progressively smaller planets, he hopes to refine theories of planet formation that may help researchers figure out how — and where — Earthlike planets form.

Winn is also trying to improve the precision of ground-based observation methods. In particular, he’d like to develop new ways to reduce the interference of telescopic measurements produced by Earth’s atmosphere that is included in the starlight captured by telescopes. “All of this work will help us in the goal of understanding Earth twins,” he says. “And that is the prize for the next 10 years, or even sooner.”