New radiation source could be less harmful alternative to x-rays 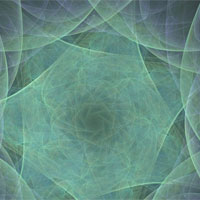 A new source of intense terahertz (THz) radiation, which could offer a less harmful alternative to x-rays and has strong potential for use in industry, is being developed by scientists at the University of Strathclyde and Capital Normal University in Beijing.

Unlike visible light, THz radiation penetrates materials such as plastic, cardboard, wood and composite materials, making it an excellent replacement for harmful X-rays used in imaging, and security.

Although it is well known that THz electromagnetic waves can carry ultra-high bandwidth communications, far exceeding those of Wi-Fi, it is less well-known that it is a highly useful probe for detecting molecules and analysing semiconductors.

A research team led by Professor Dino Jaroszynski, of Strathclyde’s Department of Physics,  has shown experimentally that unprecedentedly high-charge bunches of relativistic electrons can be produced by a laser wakefield accelerator (LWFA).

These are produced in addition to the usual high-energy, low-charge beams that are emitted.

The team showed that when an intense ultra-short laser pulse is focussed into helium gas, a plasma bubble moving at the nearly the speed of light is formed. These high-charge beams of electrons are distinct from the usual low-charge (picocoloumb), high-energy (100s MeV to GeV), femtosecond duration electron bunches that are commonly observed from the LWFA.

The research has been published in the New Journal of Physics.

Professor Jaroszynski, Director of the Scottish Centre for the Application Plasma-based Accelerators (SCAPA), who initiated the project, said: “This is an unprecedented efficiency at these THz energies. The increasing availability of intense THz sources will lead to completely new avenues in science and technology.

“New tools for scientists lead to new advances. The interaction of intense THz radiation with matter allows access to nonlinear processes, which enables the identification of normally hidden phenomena, and also unique control of matter, such as aligning molecules using high THz fields or distorting band structure in semiconductors.

“SCAPA provides an ideal environment for investigating these phenomena, which should lead to new advances in science. Our theoretical studies are the first steps in this exciting new direction.”

Dr Enrico Brunetti, of Strathclyde’s Department of Physics, carried out most of the simulations in the research. He said: “Since the charge of wide-angle beams increases linearly with laser intensity and plasma density, the energy of THz radiation will scale to milijoule-levels, which would make an intense source of THz radiation with peak powers in excess of GW, which is comparable with that of a far-infrared free-electron laser. An optical to terahertz conversion efficiency of the order of 1% can be reached.”

Dr Xue Yang, a researcher in the project from Capital Normal University, said: “When electrons cross an interface between two media of different dielectric constant, transition radiation is emitted over a wide range of frequencies.

“Simulations show that wide-angle electron beams emitted by laser-wakefield accelerators can produce coherent terahertz radiation with 10s µJ to 100s µJ energy when passed through a thin metal foil or at the plasma-vacuum boundary of the accelerator.”

THz radiation is far-infrared electromagnetic radiation that has a frequency between 0.1 THz and 10 THz (1 THz = 10^12 Hz), which fits between the mid-infrared and microwave spectra. The vibrational and rotational spectral fingerprints of large molecules coincide with the THz band, which makes THz spectroscopy a powerful tool for identifying hazardous substances, such as drugs and explosives. Moreover, THz radiation is important for biology and medicine because many biological macromolecules, such as DNA and proteins, have their collective motion at THz frequencies.

THz radiation can also be used to uncover the intricacies of semiconductors and nanostructures, and therefore are important tools for developing new electro-mechanical devices and solar cells.

Many different methods of generating THz radiation exist, including driving photocurrents in semiconductor antennas, excitation of quantum wells and optical rectification in electro-optic crystals. However, their maximum power is restricted because of damage to the optical materials at high powers. Plasma, in contrast, has no such limitation, as it is already broken

The new research shows that these high-charge - nanocoloumb-, and relatively low energy (MeV), sub-picosecond duration electron bunches are emitted in a hollow cone with an opening angle of nearly 45 degrees to the laser beam axis. The researchers show that laser energy can be efficiently transferred to a very intense pulse of THz radiation.

The study was funded by the Engineering and Physical Sciences Research Council.