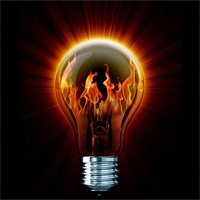 Thermoelectricity is a two-way process. It can refer either to the way a temperature difference between one side of a material and the other can produce electricity, or to the reverse: the way applying an electric current through a material can create a temperature difference between its two sides, which can be used to heat or cool things without combustion or moving parts. It is a field in which MIT has been doing pioneering work for decades.

The first part of the thermoelectric effect, the conversion of heat to electricity, was discovered in 1821 by the Estonian physicist Thomas Seebeck and was explored in more detail by French physicist Jean Peltier, and it is sometimes referred to as the Peltier-Seebeck effect.

The reverse phenomenon, where heating or cooling can be produced by running an electric current through a material, was discovered in 1851 by William Thomson, also known as Lord Kelvin (for whom the absolute Kelvin temperature scale is named), and is called the Thomson effect. The effect is caused by charge carriers within the material (either electrons, or places where an electron is missing, known as “holes”) diffusing from the hotter side to the cooler side, similarly to the way gas expands when it is heated. The thermoelectric property of a material is measured in volts per Kelvin.

These effects, which are generally quite inefficient, began to be developed into practical products, such as power generators for spacecraft, in the 1960s by researchers including Paul Gray, the electrical engineering professor who would later become MIT’s president. This work has been carried forward since the 1990s by Institute Professor Mildred Dresselhaus, Theodore Harman and his co-workers at MIT’s Lincoln Laboratory, and other MIT researchers, who worked on developing new materials based on the semiconductors used in the computer and electronics industries to convert temperature differences more efficiently into electricity, and to use the reverse effect to produce heating and cooling devices with no moving parts.

The fundamental problem in creating efficient thermoelectric materials is that they need to be good at conducting electricity, but not at conducting thermal energy. That way, one side can get hot while the other gets cold, instead of the material quickly equalizing the temperature. But in most materials, electrical and thermal conductivity go hand in hand. New nano-engineered materials provide a way around that, making it possible to fine-tune the thermal and electrical properties of the material. Some MIT groups, including ones led by professors Gang Chen and Michael Strano, have been developing such materials.

Such systems are produced for the heating and cooling of a variety of things, such as car seats, food and beverage carriers, and computer chips. Also under development by researchers including MIT’s Anantha Chandrakasan are systems that use the Peltier-Seebeck effect to harvest waste heat, for everything from electronic devices to cars and powerplants, in order to produce usable electricity and thus improve overall efficiency.