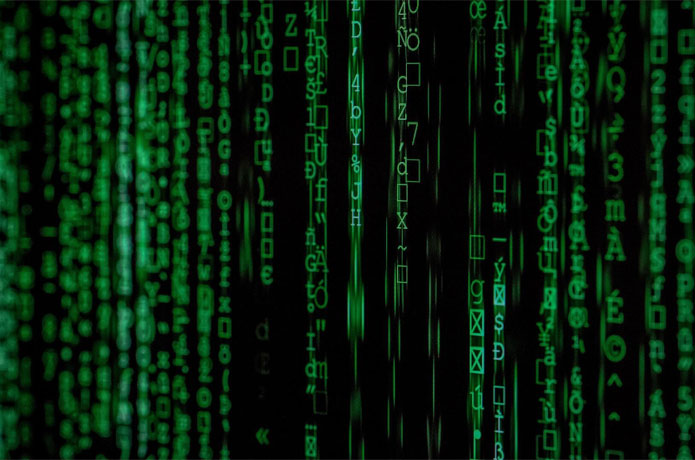 “Our algorithm calculates the hologram’s profile and removes any aberrations from the light, which lets us develop a highly precise technique for programming ions,” says lead author Chung-You Shih, a PhD student at the University of Waterloo’s Institute for Quantum Computing (IQC).

Kazi Rajibul Islam, a faculty member at IQC and in physics and astronomy at Waterloo is the lead investigator on this work. His team has been trapping ions used in quantum simulation in the Laboratory for Quantum Information since 2019 but needed a precise way to control them.

A laser aimed at an ion can “talk” to it and change the quantum state of the ion, forming the building blocks of quantum information processing. However, laser beams have aberrations and distortions that can result in a messy, wide focus spot, which is a problem because the distance between trapped ions is a few micrometers - much narrower than a human hair.

The laser beam profiles the team wanted to stimulate the ions would need to be precisely engineered. To achieve this they took a laser, blew its light up to 1cm wide and then sent it through a digital micromirror device (DMD), which is programable and functions as a movie projector. The DMD chip has two-million micron-scale mirrors on it that are individually controlled using electric voltage. Using an algorithm that Shih developed, the DMD chip is programmed to display a hologram pattern. The light produced from the DMD hologram can have its intensity and phase exactly controlled.

In testing, the team has been able to manipulate each ion with the holographic light. Previous research has struggled with cross talk, which means that if a laser focuses on one ion, the light leaks on the surrounding ions. With this device, the team successfully characterizes the aberrations using an ion as a sensor. They can then cancel the aberrations by adjusting the hologram and obtain the lowest cross talk in the world.

“There is a challenge in using commercially available DMD technology,” Shih says. “Its controller is made for projectors and UV lithography, not quantum experiments. Our next step is to develop our own hardware for quantum computation experiments.”

This research was supported in part by the Canada First Research Excellence Fund through Transformative Quantum Technologies.

News Story Origin and Copyright: UWaterloo
Click here for the original news release.
'We are all in the gutter, but some of us are looking at the stars.'