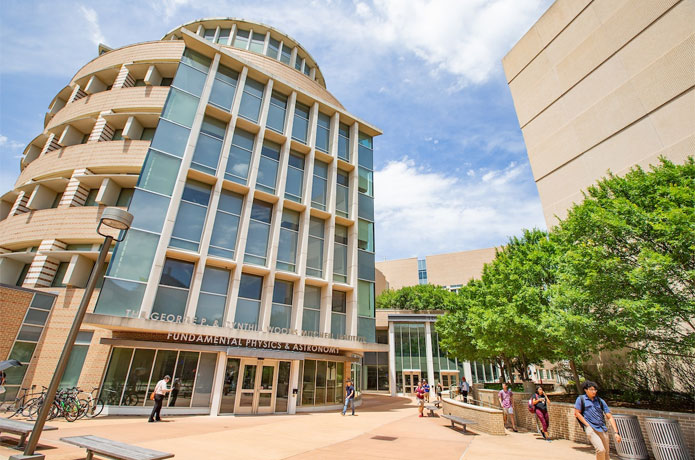 The Mitchell Physics Building on the Texas A&M campus.

A team of researchers in the Department of Physics and Astronomy analyzed both the midterm exam scores and final grades of more than 10,000 Texas A&M students enrolled in four introductory physics courses across more than a decade, finding no evidence that male students consistently outperform female students in these courses.

The work was led by Texas A&M physicist and Presidential Professor for Teaching Excellence Tatiana Erukhimova.

“There is no consistent trend on male students outperforming female students,” Erukhimova said. “Our study also provides new knowledge regarding whether statistically significant differences based on gender occurred on each exam for four introductory physics courses as the semesters were progressing — an area that has not previously been studied, at least not for such a large data set and over a long period of time.”

Prior to the team’s study and others similar to it, Erukhimova says it has been an open question as to whether significant differences between male and female students could show up on particular exams but remain slight enough so as not to affect final course grades. For the past 25 years, the physics education profession has relied on inventory tests — optional surveys intended to assess conceptual understanding and retention of key physics concepts — to answer that question, effectively substantiating the argument for gender differences in student performance by default because men tend to score higher on them.

“In the field of physics education research, the majority of existing studies report a persistent gender gap with males performing significantly better than females on introductory mechanics concept inventory assessments, such as the Force Concept Inventory,” Erukhimova said. “The results of prior studies on the gendered differences in student performance based on course grades and examinations are less consistent. While a number of studies indicate that male students outperform female students on the exams and course grades, other groups found no significant gendered difference in student performance.”

The team applied multiple statistical analyses to the course-level data they collected to study whether there were performance differences based on student gender. To see how their findings aligned with student perceptions, they also took a snapshot of the students’ feelings about course performance, inclusion and contributions using a short anonymous questionnaire distributed to 1,600 students in fall 2019.

Although the team’s study represents clear progress to Erukhimova, she acknowledges it comes with its own limitations — the most significant being that it relies solely on course-level data collected from faculty and does not analyze the possible impact of non-academic factors on student performance. In the future, she says the team would like to connect as much of their data set as possible to university-level records to see how prior preparation, such as SAT scores, affects these results.

“We believe that all students should have equal opportunities and chances for success in physics,” Erukhimova said. “The results of this work may help with fighting the gender stereotype threat that negatively impacts so many female students. By contributing to the body of knowledge about how gender relates to student performance, we hope that our work, which would not have been possible without our colleagues’ data, can be another step in dismantling the preconceived notion of a societal bias based on gender in physics.”

The team’s research was funded in part by the College of Science Diversity and Equity Small Grants Program. 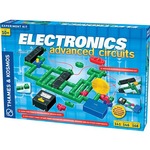