Chemical data for U - Uranium | PhysLink.com

(Planet Uranus) Yellow-colored glass, containing more than 1% uranium oxide and datingback to 79 A.D., has been found near Naples, Italy. Klaproth recognized an unknown elementin pitchblende and attempted to isolate the metal in 1789.

The metal apparently was first isolated in 1841 by Peligot, who reduced the anhydrouschloride with potassium.

Uranium, not as rare as once thought, is now considered to be more plentiful thanmercury, antimony, silver, or cadmium, and is about as abundant as molybdenum or arsenic.It occurs in numerous minerals such as pitchblende, uraninite, carnotite, autunite,uranophane, and tobernite. It is also found in phosphate rock, lignite, monazite sands,and can be recovered commercially from these sources.

The United States Department of Energy purchases uranium in the form of acceptable U3O8concentrates. This incentive program has greatly increased the known uranium reserves.

Uranium can be prepared by reducing uranium halides with alkali or alkaline earthmetals or by reducing uranium oxides by calcium, aluminum, or carbon at high temperatures.The metal can also be produced by electrolysis of KUF5 or UF4,dissolved in a molten mixture of CaCl2 and NaCl. High-purity uranium can beprepared by the thermal decomposition of uranium halides on a hot filament. 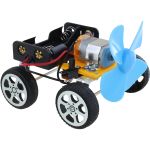 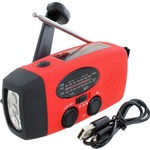